Being interested in a sea-view house for sale in Alassio, the jewel of the Italian Riviera, means thinking of the motivations it can offer: the fine sand is among the most famous of the entire Riviera, the Budello and the seafront offer restaurants and boutiques, lounge bars and events. Living at Emerald means making the most of the spacious terraces and the full-height windows to gaze out to sea, and enjoying the swimming pool, the solarium area surrounded by olive trees, the Finnish sauna and fitness area in order to re-charge your batteries. The residence is in prompt delivery so therefore you can immediately live your sea views house!
Special promotion: 15% off on 5 homes.

Why do we talk about guaranteed, 100% secure investment in the sticker?
Because right now a real estate property in Liguria is a safe-haven asset whose value is independent of the outside world. Because we offer you the guaranteed rental. Because your real estate property in Liguria is A-rated, with technologically innovative solutions, home automation and the protection we offer you thanks to posthumous ten-year insurance.
SEA VIEWS TO THE MAX
Light, air and 180° greenery
The complex is designed to offer everything you could want from a second home: a sea view, open spaces in front and plenty of stylish landscaping. The slightly staggered positioning of the structure, the siting of the large windows on the exposed side and the depth of the panoramic terraces manifest an exceptionally high level of attention to detail, with the available space maximised at every turn. Enjoying something to eat on the terrace, breathing in the salt-rich air and relaxing as you gaze over the enchanting gulf of Alassio and Laigueglia – all of these become snapshots of never-ending holidays that are all about looking after yourself and your nearest and dearest.
Emerald is divided into two sections – one containing 25 units, the other containing 6 – in order to meet the widest range of requirements; all of the apartments feature materials with high levels of heat and sound insulation, and the internal climate can be controlled using cutting-edge solutions. The properties are A4-rated for energy efficiency – a factor that is essential for ensuring an eco-friendly quality of life.
From €235,000 with 15% off on 5 homes*
*Promotion valid until winter 2020
Request Information 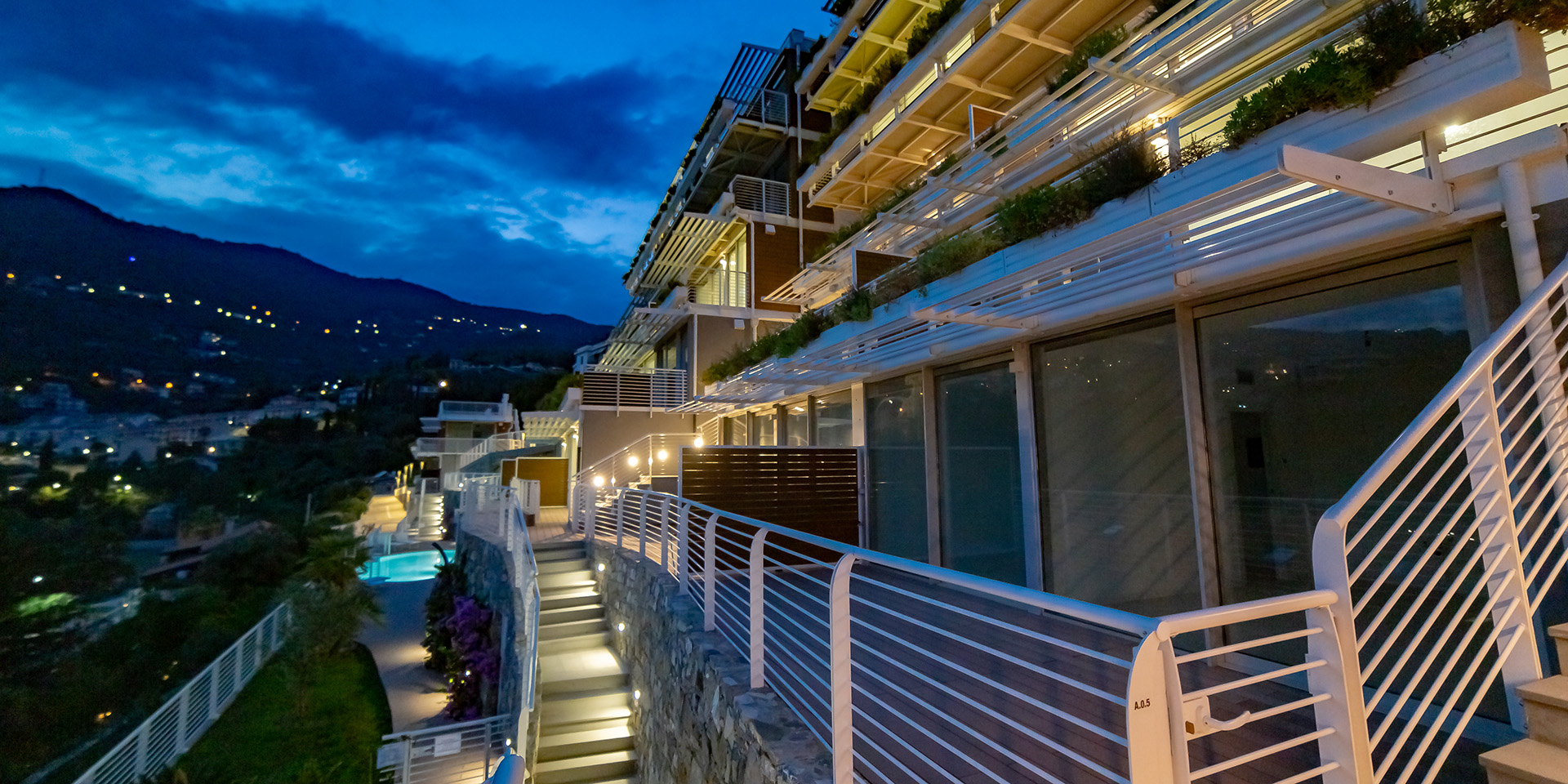 Living comfortably is living better
The residence offers more than one reason to savour your home: you can enjoy a dip in the swimming pool , re-charge your batteries in the solarium area surrounded by olive trees or burn some calories in the fully equipped gym. After any of the above, an exceptionally relaxing sauna is de rigueur! 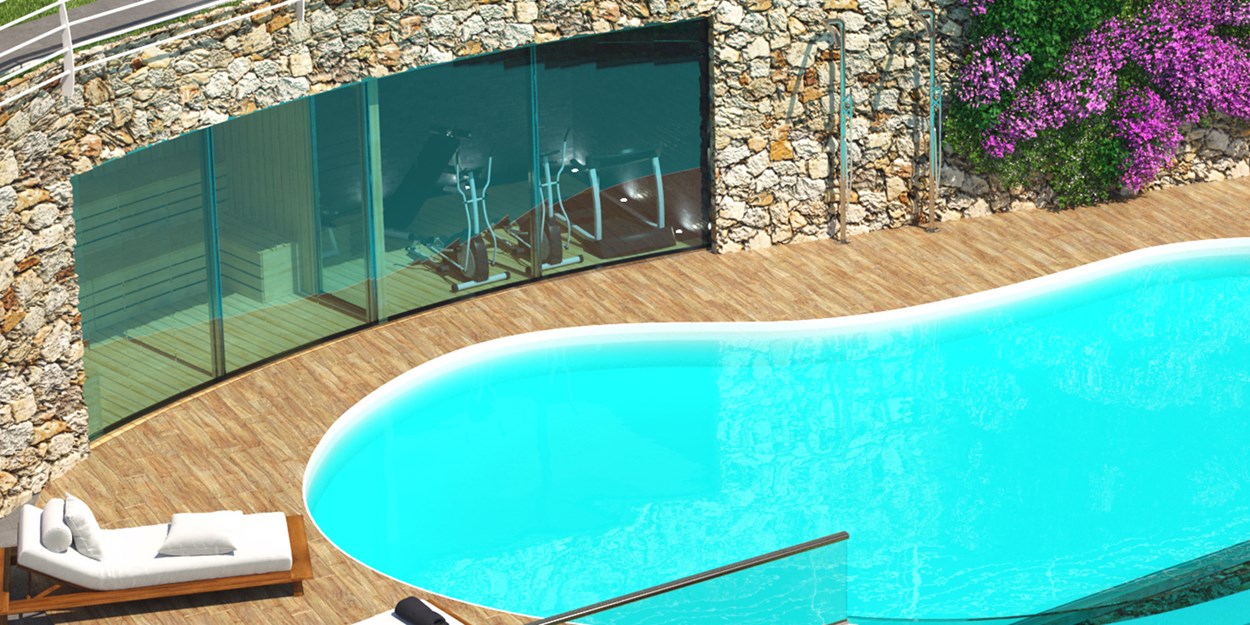 Visit the showhome
A swimming pool and a fitness suite in the communal areas, greenery everywhere – in the outdoor spaces of the complex you cannot fail to live well. And we know you want to feel even better when entering your home, enjoying the sea view from the large windows in a comfortable and pleasant, well furnished context.
We put ourselves in your shoes: as in the choice of a second home it is very difficult to imagine how it will be once finished, we have created a fantastic modern showhome to allow you to touch the finishes and enjoy the layout of the premises, the brightness and the optimization of the interiors.
Request Information 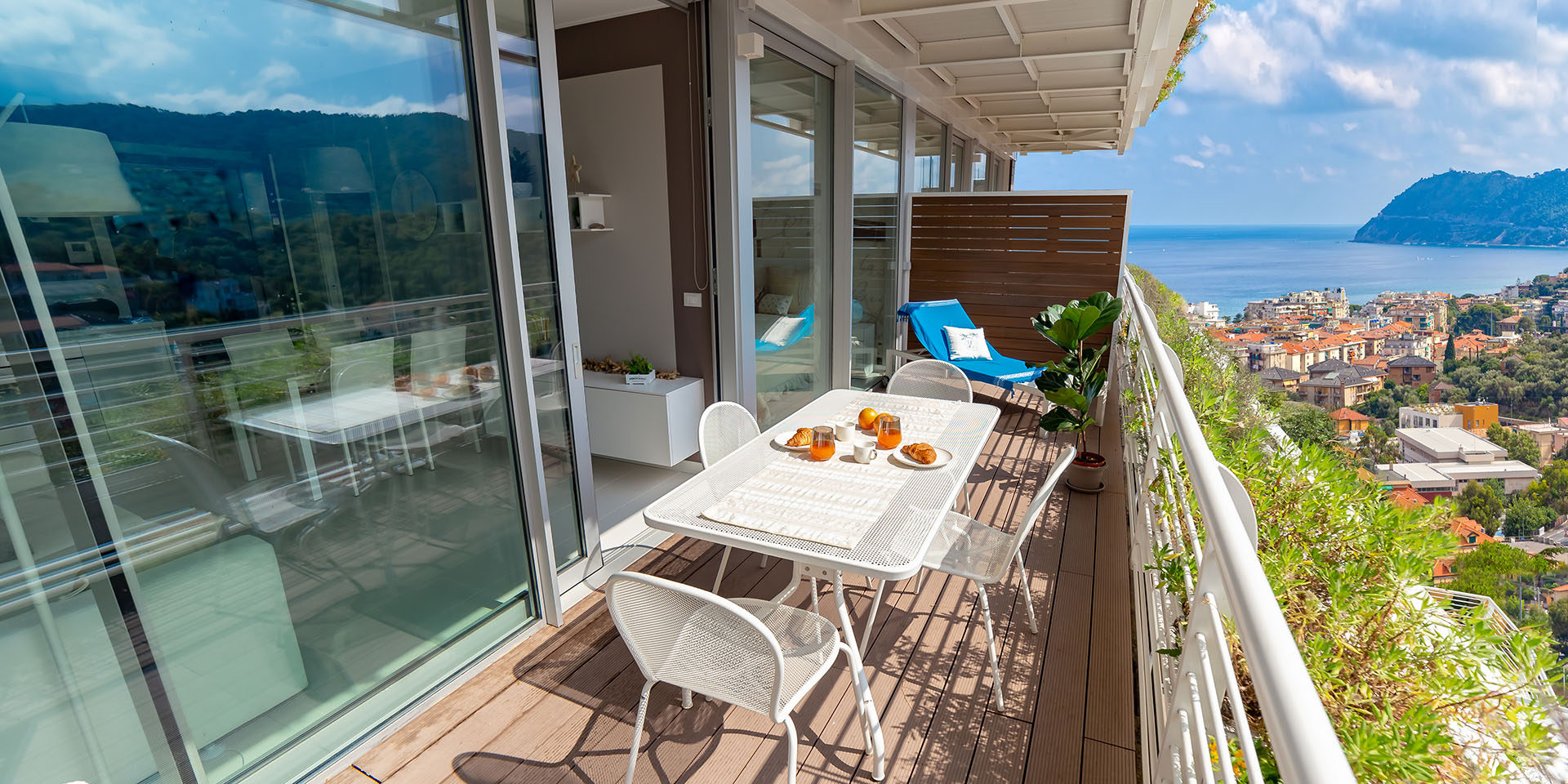 Beautiful by nature, tradition and liveliness,
Alassio is the beating heart of the Riviera di Ponente.
As you come closer to Albenga, you are struck by the beauty of the pine forest and the sinuous nature of the tract of coastline that opens out to reveal a stunning view of the gulf and the island of Gallinara; if you approach from Andora, beauty comes to the fore in the evocative cliffs and bays that can be glimpsed from the road.
Alassio’s name betrays its imperial origins, deriving as it does from Adelasia, the daughter of Otto I of Saxony. Protected by noble families since the Middle Ages, the town’s later development was conditioned by the requirement to protect it against the Saracens; two intact watchtowers stand as testaments to the vicissitudes of this period.
For two centuries, Alassio has been a tourist resort, attracting visitors from all around the world; its particular features, combined with its openness to trade, have made it as celebrated as Portofino and Sanremo. There are several events associated with the famed wall or “Muretto”, which is covered in ceramic tiles, decorated by various celebrities; the first was signed by Hemingway, who returned to Alassio time and again. Alongside the Muretto, a tradition has developed of shopping in the “Budello”, the narrow street that runs through the centre of town and plays host to the most prestigious stores. Another favourite pastime is strolling along the seafront, which offers a multitude of options for dancing, shooting the breeze and savouring local and international dishes.
Discovering Alassio
The perfect place to enrich yourself with sensations,
memories, moments and knowledge.
Request Information 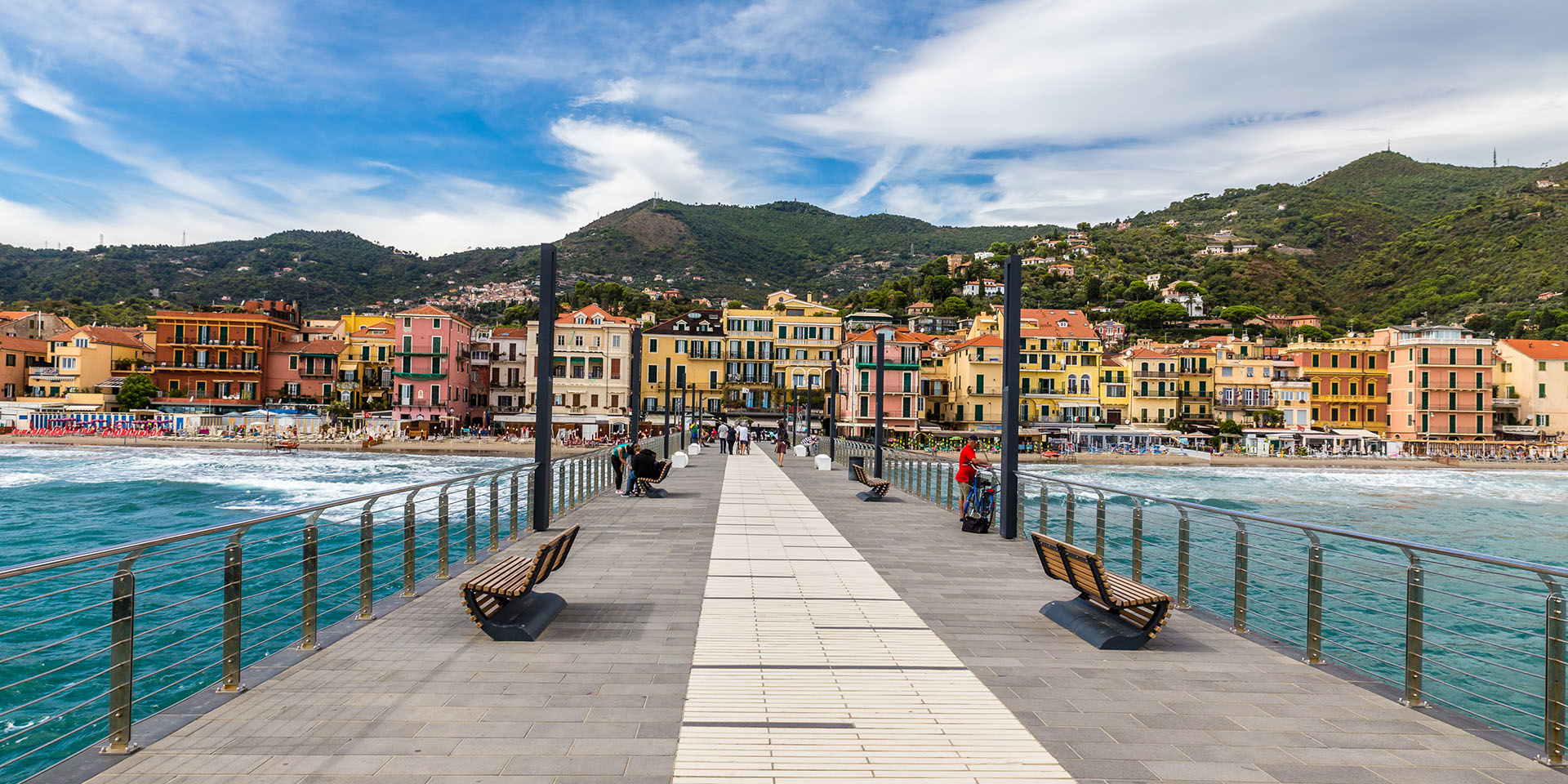 Request sent successfully
Thanks for contacting us, a member of our staff will be back in touch shortly.
This site uses technical, analytical and third-party profiling cookies to send you advertising in line with your preferences. If you want to learn more or opt out of all or some cookies Click here. Click the following button to consent to the use of cookies.
Accept